The £72 million project at Knostrop is nearing completion, three years after the project was started in April 2016.  Commissioning work started on the site, designed and built by Black & Veatch, in October 2018 and after months of hard work, the site is almost ready to be handed over to Yorkshire Water. 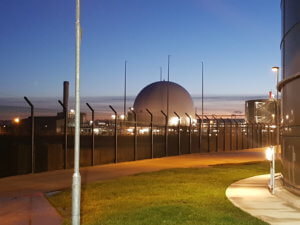 The digesters are the largest to be constructed in the Yorkshire Water region and will have the capacity to treat 131 tonnes of dry sludge produced at the Knostrop works as well as sludge imported from other treatment works across the wider Yorkshire region.  The biogas produced in the digestion process will be used to power two CHP engines, generating enough electricity to power over 5000 homes, with residual heat being directed back into the digesters to sustain the natural biological process.  The digestate will be treated by the addition of lime and then dewatered to create a biofertiliser for use in agriculture.

The commissioning support was subcontracted to Aqua Enviro who have been working closely with Black & Veatch to ensure a smooth transition from the end of the construction phase through to the final handover date.  During the most intensive periods, the site was staffed round the clock, seven days a week (even Christmas day).

The four huge digesters were seeded with material from the Blackburn Meadows site in Sheffield. With Aqua Enviro taking responsibility for the continual monitoring during the introduction of the seed biomass to ensure the good health of the digester was preserved.  During filling the digesters were nitrogen purged to ensure anaerobic conditions. Once up and running, the first digester was subject to a tracer test to verify efficient mixing of the material within the vessel and sufficient retention time to allow optimal gas production.

Other equipment on site such as drum thickeners for thickening the incoming sludge and centrifuges for dewatering the digestate were performance tested to ensure they were operating with design criteria. Lab trials were undertaken to calculate quantity of lime to achieve the required pH for pathogen destruction in the digestate, and the optimum dosing of ferric sulphate for prevention of struvite formation in the pipework. Performance testing of the odour control unit was also completed by Aqua Enviro as was the emissions testing of CHP engines, boilers and flare stack.

Oxygen transfer efficiency assessments of the effluent treatment plant, used to treat the liquor from the dewatered digestate, was performed by the Aqua Enviro team.  This effluent is high in ammonia so couldn’t be directly channelled back into the main works due to the detrimental effect it would have on the activated sludge process. 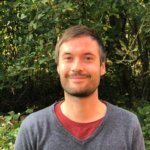